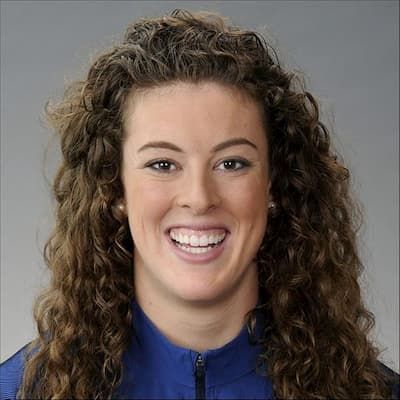 Allison Schmitt is a 10‐time Olympic medal winner in swimming and a four‐time Olympian, making her one of the most decorated swimmers in the history of the sport. She earned bronze in the 4x200 freestyle relay in her Olympic debut at the 2008 Beijing Olympics. At the 2012 London Games, she won a total of five medals (three gold), setting Olympic records in the 200m freestyle and 4x200m freestyle relay as well as the world record in 4x100m medley relay. She also won gold (4x200m freestyle relay) and silver (4x100m freestyle relay) at the 2016 Rio Olympics and silver (4x200 freestyle relay) and bronze (4x100 freestyle relay) in the Tokyo 2020 Games. Schmitt graduated with an undergraduate degree in psychology from the University of Georgia and a master’s degree in social work from Arizona State University. Passionate about helping those who struggle with mental health issues, she has been vocal about her own personal experience with depression and continues to spread the message that "it's OK to not be OK" in hopes of combating the stigmas associated with mental illness.